If you just started vaping, you might be interested in learning some cool smoke tricks with your vape. If that’s the case, we’re happy to say that you’re in the right place since we’re bringing you everything from simple, beginner vape tricks to more elaborate, head-turning, pro tricks,

Vaping managed to gain a massive following in the last few years. Apart from the benefits people usually associate with vaping, we can also say that it has a certain mojo to it. No, it’s not like the prestige of cigar smoking; it has a totally different, more youthful flavor to it, if you may.

It’s entertainment, more specifically, awesome vape tricks. As a matter of fact, there are several awesome smoke tricks vapers should know, and in this article, Smokey News brings you a handful of the best easy vape tricks everyone can master.

You Need the Tools

Before we get started with our vape tricks, you should know that you should have a solid vape mod and a reliable sub-ohm vape tank to perform these tricks. Trying to ace these tricks with a regular vape pen might be challenging, so visit the best vape shop in Fort Lauderdale if you’re missing a few accessories. 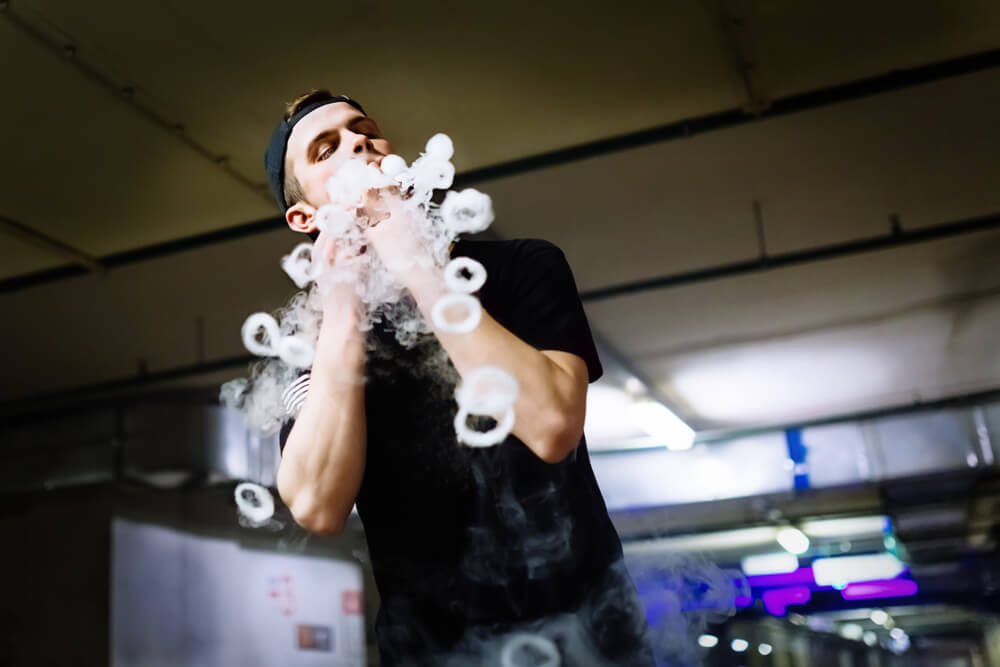 Let’s get started with the simplest vape tricks you can perform, and let’s work our way up.

This is an easy vape trick literally anyone can perform, even if they’re vaping for the very first time. The name comes from the vapor ball you release, which kind of looks like a ghost, and you will often see people sipping the ball back in. People may sometimes refer to this vape trick as the snap inhale or the mushroom cloud.

Just take a long drag and allow it to linger in your oral cavity for only a few secs, and simply let the vapor come out.

Here’s another easy vape trick that/s pretty impressive with the vapor coming out of the corner of your mouth and nose. To perform this easy trick, simply drag from your vape, and use force to exhale via the nose and the corners of your mouth while sealing your lips as hard as you can.

Another vape trick that looks really awesome and is relatively easy to master. This trick turns the vapor into a substance like water flowing down from a bottle.

Just get a bottle with frozen water on its bottom. After taking a considerable drag, just blow the vapor in the bottle and then pour it out slowly.

This vape trick doesn’t just sound exciting; you be assured that it will impress your friends as well. Performing this smoke trick requires you to create a flat vapor pool that you’ll form into the shape of a tornado. In order to nail this perfectly, you’ll need a mod or a pen that’ gives off very still and thick vapor.

So, to pull it off, you need to exhale the vapor carefully on a flat surface, and it needs to be thick. After that, chop at the surface with your hands, flick your frosts up, and raise your arm – be quick to ensure the vapor forms a tornado.

This smoke trick with the vape looks like a huge bubble. Just trap the exhaled vapor inside a bubble like this:

Create a cut on a small plastic bottle’s bottom and use a mixture of water and soap. Once done, lower the end of the bottle into the mixture and gently exhale the vapor.

Here’s another vape trick that won’t fail to leave an impression. Create a cool mist that stays on the top of your drink to make it look like some cool potion, like in a witch’s cauldron.

Get yourself a cold drink in a glass with a wide diameter (for instance, a cocktail). Enjoy the drink until it’s half-empty, take a considerable drag from your vape, touch the glass’s rim with your lips and exhale the vapor slowly while you’re drinking.

You’ve probably seen these smoke tricks even before the era of vaping. To pull it off, just take a deep drag and keep the vapor in your throat. Keep your tongue at your mouth’s bottom portion near your throat’s back. After that, you will need to create an “O” shape with your lips and make swift pulsing movements with your throat. If you’re doing everything right, the vapor should be coming out in an “O” shape.

This is a vape trick that you can also modify when you get single Os right. Once you’ve mastered the trick, you can repeat it in a simple drag, exhaling double or even triple Os.

As the name suggests, this vape trick should resemble a jellyfish flowing mid-air. Some call this trick the Atomic bomb or the Force Field. No matter the name, the main idea is to form a small O letter in the very middle of a massive outer ring to create a jellyfish.

This smoke vape trick will require you to practice your O-rings, and when you’ve mastered those, blow one and try to pull it forward by using the palms of your hands to create airflow. After this, exhale some of the vapor in the middle of the O, and you’re done. 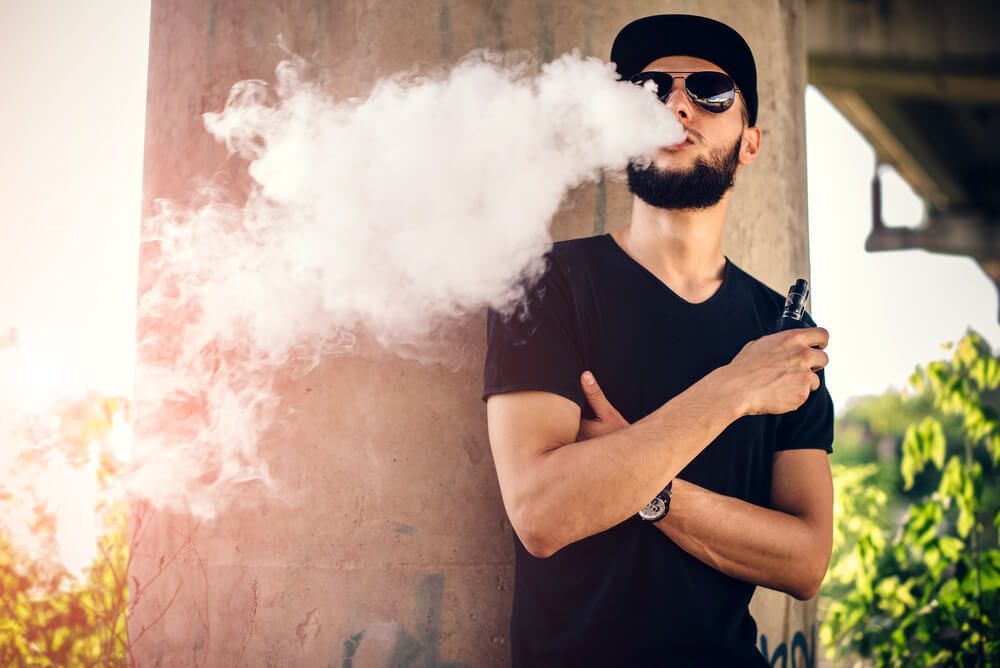 Remember those massive bull rings from the cartoons? How about having a pain-free, temporary one on your nose? If the answer’s yes, this one is for you.

To pull off this trick, you need to form an O, but this time, you won’t be using your oral cavity but will need to exhale via your nose.

This is also a bit more demanding, but the visual effect is well worth all the effort.

As the name suggests, you can also blow cool triangles with when performing vape tricks. To do this, exhale an O-ring, then use your forearm to perform a pushing movement, like you are trying to push the ring down (do this three times in a row. The call should change its shape, resembling a triangle.

As you may have noticed, this isn’t necessarily simple, but with practice, you can get it right relatively fast.

Vape tricks are a cool way to entertain your friends and yourself. Some of these moves we’ve listed here are pretty simple, while there are also more advanced techniques that might take a while to get the hang of. The best advice we can give you is to be patient and take your time to master these tricks. Once you’ve managed to learn them, you can mentor others to become vape gurus themselves.

Better yet, you can also opt to visit our shop in Fort Lauderdale to help you determine whether your mod is up for the challenge. On that note, we might also show you some of our own favorite vape tricks.