These Vapes Are for You If You Are a Heavy Smoker!

For passionate smokers, ditching conventional cigarettes is far from an easy task, especially if they’ve been nurturing their smoking habit for some time. Many different methods have been explored by avid smokers, but lately, vaping seems to be the most popular solution. The trend appears to be spreading like wildfire as people all over the world have been picking up their e-cigarettes and leaving their Malboro’s behind.

Now, vaping devices come in a variety of shapes, sizes, and capabilities. Some are geared towards providing a smooth experience while others are modified to create thick and juicy clouds. There are also specially designed devices aimed towards people transitioning from conventional smoking to vaping. These are the devices we’re going to cover in this article, so read along if you’re interested in what is the best vape for smokers. But before we get to the gist of the article, let’s talk about what makes a vape good for cigarette smokers.

What Makes a Device the Best Vape for a Heavy Smoker?

Ideally, you want to be able to grab your brand new e-cigarette and use it right out of the box. People who have been smoking regular cigarettes don’t want to bother with complicated instructions and custom-made vaping mods. They want a simple e-pen that’s easy to get used to instead of a complex mod that requires you to mess around with tanks and coils.

2) It needs to run vape juices with optimal levels of nicotine.

Vape liquids with higher amounts of nicotine are often referred to as nicotine salts. They are the ideal choice for people bent on making the switch from conventional tobacco products to vaping. Aside from the nicotine, they also provide a similar hit to regular cigarettes.

You want something that doesn’t take up a lot of space. Custom mods tend to be bulky and much larger than their simpler, more approachable, counterparts. An elegant e-cigarette is great for first-time users.

4) It needs to have an impressive battery life.

Most people making the switch will most likely be annoyed by the fact they have to charge their device in order to get their hit of nicotine. Devices that have a good battery life tend to be more popular with new vapers. The less time the device spends plugged in, the more likely it will gain the ‘favor’ of its new owner. 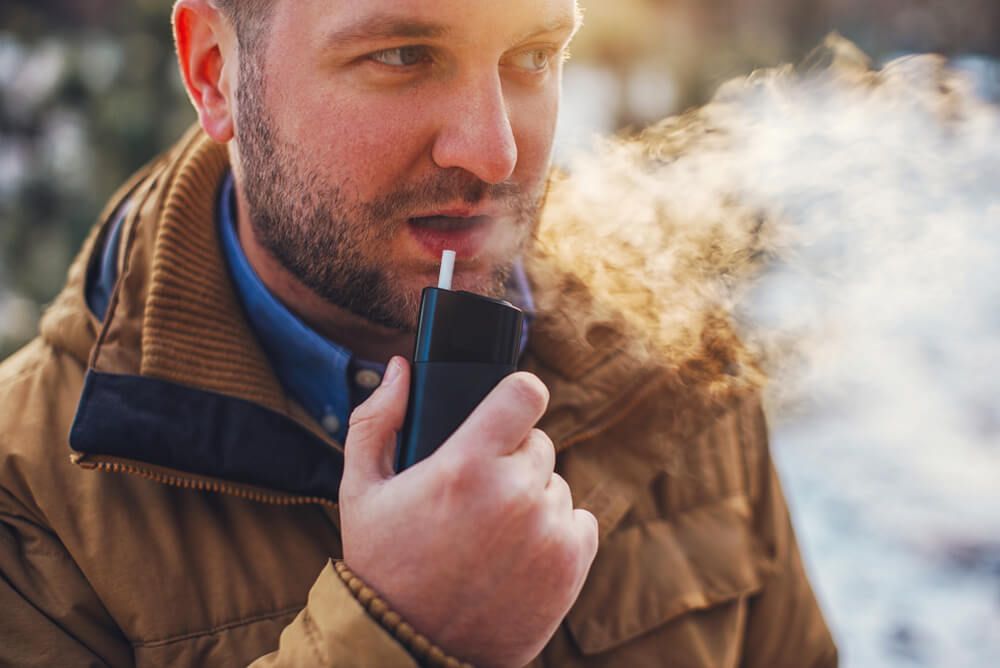 E-cigarettes are available at various price points and are considered to be the most basic vaping devices. These cigarlike devices are great for beginners, as they are super easy to use and the most affordable option. These types of devices are also compact and lightweight, taking up the least amount of space in your pockets. Some even choose to wear them around their necks.

Here at Smokey News, we especially like the Moti e-cigarette. It’s sleek, elegant, and provides an exceptional vaping experience. The Moti uses refillable pods that hold 1.8mL of vape juice. Pods are available in a plethora of flavors and strengths. Probably one of the strongest selling points of the Moti e-cigarette is the 500 mAH battery that allows you to use it for hours without worrying about running out of “juice.” It’s definitely one of the best E-cigs for smokers.

Vape-pens, on the other hand, are considered to be more comprehensive vaping devices and often come with more features. They are bigger and have advanced parts such as an atomizer and a drip section. Vape pens usually come equipped with a bigger and stronger battery, which means better performance and longer use between charges. They also support a wider variety of e-juices.

There are plenty of vape pens to choose from, but we especially like the Apollo OHM Go. The vape pen offers great performance but is easy to use at the same time. It’s definitely a device both avid vapers and novice users can enjoy. 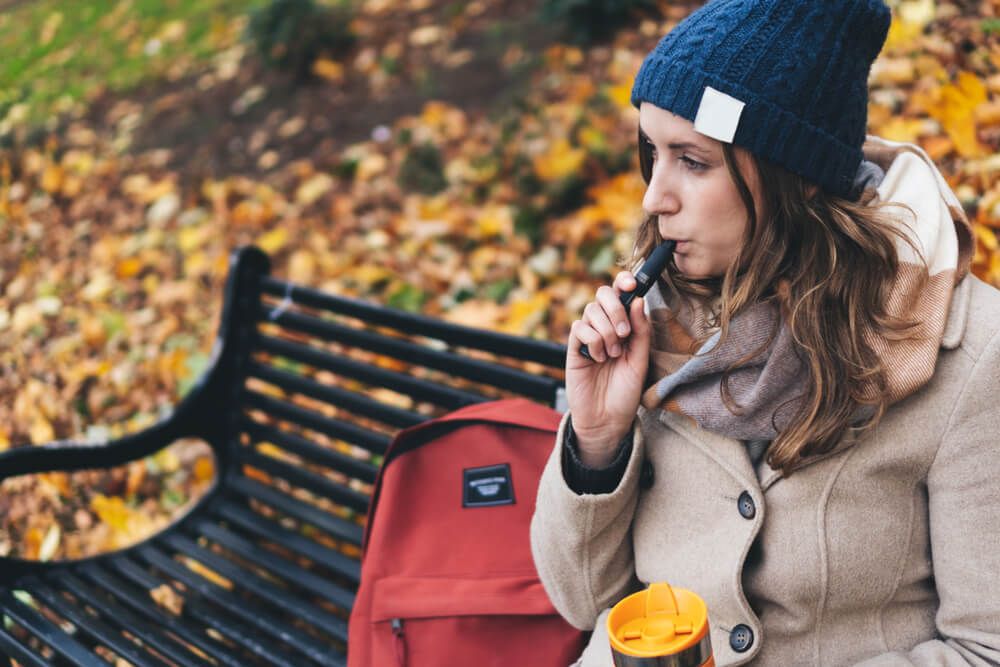 Finally, we have the biggest and most powerful vaping devices of them all – box mods. Now, even though they are not considered to be the number one choice for beginners transitioning from regular cigarettes, they are still more than a viable option, especially if you want to take your vaping hobby to the next level straight away. Mods offer the best performance, come packed with features, and have the best battery life of all vaping devices. Mods vary in looks, they can be either box-like or a cylinder. They are bulky and pretty heavy when compared to other devices. Tank sizes can vary, as well as the coils used to produce vape. You can modify these devices to produce thicker clouds; however, this also depends on the e-juice you’re using.

There are thousands of Vape Mods to choose from varying in price, performance, and looks (yes, even looks are important when choosing the best vape mod for a heavy smoker). The model you end up purchasing will mostly depend on personal preference. That being said, we like the Vaporesso Tarot Nano. It’s pretty compact for a vape mod, comes with a temperature control suite, and a whopping built-in 2500 mAh battery allowing you to vape your heart out before recharging. You can play around with this device and configure it to suit your needs; however, it can also be easily set up and ready to go anytime you need a quick smoke.

While still in its infancy, vaping has been gaining popularity very quickly, and while some think it’s just a fad, others realize the potential benefits of vaping instead of smoking. First of all, it’s not as bad for the environment as conventional smoking, and it’s less harmful to people around you. Secondly, you have a variety of flavors to choose from. Exploring different flavors is arguably the number one reason people really enjoy vaping. It’s also worth mentioning that vaping will save you money in the long run when compared to buying regular cigarettes on a daily basis. There are more benefits in favor of vaping over smoking, but even these three should be enough to convince you to make the switch.

Heavy smokers might think it is virtually impossible to get rid of their habit; however, with the right tools at your disposal, nothing is impossible. Are you interested in more articles related to vaping devices, e-liquids in Fort Lauderdale, and just vaping in general? Then make sure to check our blog section! We post regularly, and you can even leave your opinions in the comments below.