Can You Vape in Public Places? – List of Vaping Bans

Vaping has taken the world by storm in the past couple of years, mostly because it’s a fun activity and is considered to be a healthier alternative to smoking. Many people decided to give it a go, and since there are hundreds if not thousands of different flavors and aromas available on the market, the vast majority of people can find flavors that suit their needs and expectations.

With the rise of its popularity, the vaping industry caught the attention of legislators and governments all around the world, mostly because it wasn’t properly regulated and was somewhat of a gray area in many countries, including the United States. Consequently, the FDA classified electronic cigarettes as tobacco products in 2016, thus banning sales to minors.

Following these regulations, many people were worried about the legality of vaping in public places. More importantly, the repercussions one would have to deal with in case their use of e-cigarettes was deemed illegal.

Can You Vape in Public?

The answer to this question isn’t as clear-cut as one would expect. The simplest and shortest answer would be – yes, you can, but the question of whether you should or are allowed to in a particular situation is a more complicated matter.

For instance, cigarettes with characteristic flavors (excluding menthol) were prohibited in the United States in September 2009. This gave the FDA authority over tobacco products. In late November 2019, Massachusetts became the first state to ban the sale of flavored tobacco products. Following MA, Rhode Island, New York, and New Jersey enacted bans on the sale of flavored cigarettes. Subsequently, California became the second state to ban the sales of e-cigarettes and menthol cigarettes.

Since legislations and laws, in general, aren’t an interesting subject for the average Joe, the question remains – how does this affect the users? For the sake of simplicity, the bottom line is that people who vape are expected to follow the same laws that apply to people who smoke cigarettes. With that being said, some states still have vague smoke-free laws that could allow e-cigarettes to bypass some restrictions.

Many state jurisdictions enacted laws that prohibit the use of e-cigarettes wherever smoking is banned. The only states with no particular regulations for indoor vaping are Nevada, Nebraska, Rhode Island, and Tennessee. However, in Connecticut, for instance, there is no statewide vaping ban, other than vaping being generally prohibited on school property. Conversely, in Delaware, vaping is prohibited in all places where smoking is banned. 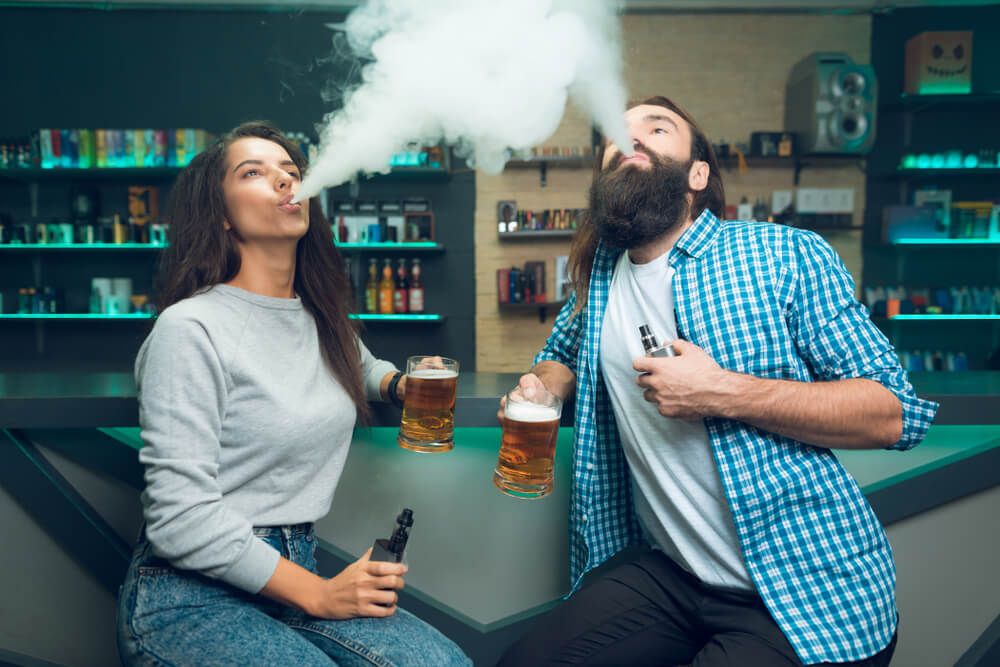 The vast majority of the states that have banned vaping have different rules for enclosed workplaces, as well as bars and restaurants. Most states have different localities where bans do or do not include restaurants and bars, and workplaces. In simpler terms, the answer to “what states have banned vaping indoors” is – most of them, except for Tennessee, Rhode Island, Nebraska, and Nevada.

In 2019, the federal minimum age of sale of tobacco products was raised from 18 to 21 years. If you’re looking for premium-quality vape paraphernalia, our vape shop Fort Lauderdale is an excellent choice!

The easiest way to understand these regulations is to compare them with regular smoking laws. In other words, if smoking is prohibited in a particular area or venue, it’s safe to assume that vaping is not permitted too. However, since owners of venues and businesses are legally bound (in most states) to use proper signage, you will usually see a sign or a sticker informing you about smoking/vaping rules.