Hookah is currently among the most popular devices used for enjoying tobacco. This water pipe type of apparatus can be both single and multi-stemmed and has been used for smoking ever since it was invented back in the 15th century.

Hookah’s popularity exploded over the past couple of decades and is now an inevitable part of modern cultures and societies all across the globe. Some claim it is even the preferred form of smoking when compared to regular cigars or cigarettes.

We at Smokey News love hookahs as much as the next guy, which is why we decided to delve a bit deeper into the origin and fun details about this cool instrument and provide all our smokey fans out there with 9 interesting facts about hookah that you maybe don’t know.

1. Hookah has many names

Depending on where you are and where you were born, you may call this device by some other name. Some of the most used alternative names for hookah include:

2. Why Shisha is so delicious

Most people refer to hookah tobacco as shisha or shisha tobacco. Shisha is so tasty because it is generally a mix of tobacco, fruit and molasses.

During the 19th century, hookahs were mainly used by women. Namely, the whole process of smoking hookah takes time, and since men were much busier than women back then, they had to opt for regular cigarettes.

4. Water is not for cleaning

The water in a hookah is not used for cleaning the smoke, but for cooling it down. (Although it does filter the smoke a bit)

5. It’s all about the taste

Currently, the two most popular shisha flavors in the world are Double Apple and Mint.

6. You can use real fruit as a hookah bowl

You can actually use real fruits (like apples, oranges, coconuts, pineapples, etc) as a hookah bowl from which you can smoke shisha. In fact, the first ever hookah that was made had a shell base made of a coconut. 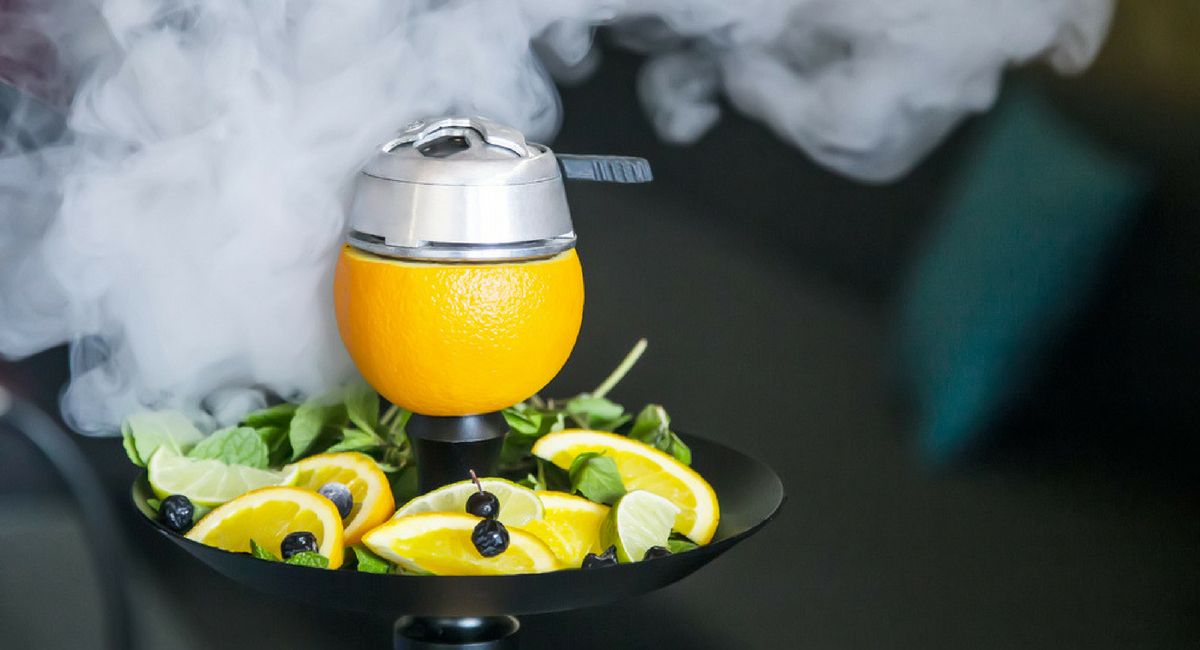 7. Hookah is meant to be placed on the floor

When it was first invented, hookah was made to stand on the floor as opposed to resting on the table or any other type of elevated platform.

8. You can do tricks with your hookah

There’s a way to make bubbles using your hookah. Simply use a mix of soap, water and glycerine, while the water bottle you are using should be cut to approximately 4 inches.

According to many hookah origin stories, this device gained popularity in India, but some claim it was actually invented in Persia.

How To Use A Hookah

After these 9 fun facts about hookah, it is time to learn how to make the most out of your hookah experience by finding out how it works and how to use it properly.

Here’s how hookah works: the smoke that is inside the device is both cooled and filtered by the water in the hookah. The shisha in the hookah is first heated in the bowl that is placed at the top of the device, and then the smoke goes through the water at the base.