Unlike cigarettes that have a negative stigma around them, cigars are often associated with sophistication, class, power, and celebration. Cigars and the culture that surrounds them have dominated popular culture for decades and cigar smoking in the movies has always been a way to add a little extra to a scene. Cigar aficionados probably have seen most if not all of these movies but here are some of the most famous movie scenes that involve cigars. 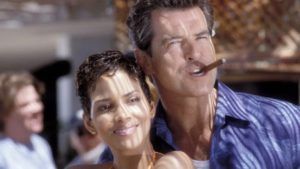 Die Another Day (2002)- the last of the James Bond films that Pierce Brosnan starred in, features a scene when James Bond visits a local Cuban cigar factory in search of a sleeper agent stationed there. He asks for “Delectados,” which in fact was not a type of cigar but a code word related to the sleeper agent. While Delectados were not a manufactured cigar at the time, shortly after the movie premiered, companies started producing them. 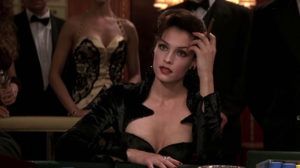 Goldeneye (1995)- another film in the James Bond series features Xenia, a renegade agent who is working with James Bond’s former partner Alex Trevelyan who turned rogue. Xenia and James Bond are in a casino playing cards and discussing passions as she enjoys a cigar.

Predator (1987)- the sci-fi action film is about an elite Special Forces team (led by Arnold Schwarzenegger) that is sent to rescue hostages from a jungle in Central America. They end up being stalked and hunted by an advanced alien beast. Arnold is seen at the very beginning of the movie smoking a cigar as he unloads from the military helicopter. 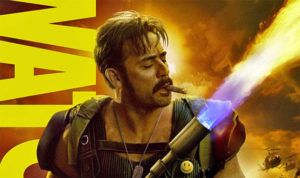 Watchmen (2009)- the superhero movie that was based on a 1986-87 DC Comics series called Watchmen. In the movie, there is a scene where The Comedian lights up a cigar with a flamethrower before attacking Vietcong in the Vietnam War. 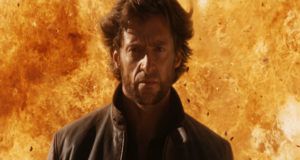 – Hugh Jackman stars as Wolverine in the Marvel Comics films for the X-Men. During on scene, Wolverine is standing on top of construction vehicle as he is surrounded by a band of Japanese ninjas. He bites the end off of a cigar before slashing the gas tank with his claws causing an explosion. Due to his superpowers, he remains unharmed as his cigar is lit. 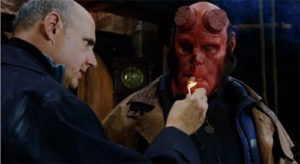 Hellboy (2004)- loosely based on a graphic novel, Hellboy is a demon that was conjured up by the Nazis but saved by the Allies. Hellboy is raised to be a defender of good and throughout the movie is seen with a short, fat cigar in his mouth. 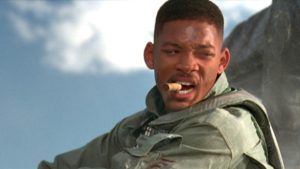 Independence Day (1996)- this sci-fi action film starring Will Smith and Jeff Goldblum has a very famous scene regarding cigars. At the end of the movie, when they are both inside the alien mother ship trying to save the world, Steve Hiller (Will Smith) hands David (Jeff Goldblum) a cigar and says, “This is our victory dance… Not until the fat lady sings. This is important.”

The Good, The Bad and the Ugly (1966)- This is one of the many western films that Clint Eastwood starred in. This film, like many of his movies, portrays Clint Eastwood often smoking a cigar but Clint shares his cigar with a dying soldier after covering him up with his coat as a sign of true respect during his last breaths. 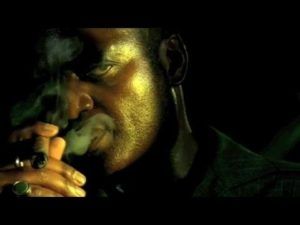 Black Hawk Down (2001)- this very popular war movie that was directed by Ridley Scott, features perhaps the most famous line regarding cigars. Mr. Atto is seen smoking a cigar when U.S. Troops pick him up to meet with General Garrison. He offers the general a Cuban cigar, but General Garrison declines saying, “No, thanks. I got one,” and Mr. Atto replies, “Miami, my friend, is not Cuba.”

While these are just a few of the numerous movie scenes that feature prominent celebrities who smoke cigars, it is clear to see that cigars have a special place in cinema often adding a powerful element to the scene in which they are involved. For all your cigar and smoking needs, check out Smokey News smoke shop in Fort Lauderdale for all the top brand of cigars.