Hookah and Drinks: What Combination Is the Best?

Hanging out with your friends after an exhausting day at the office and smoking some hookah is probably one of the best feelings in the world. Everything around you briefly stops existing, and all you care about is your group of friends and whether they are having fun.

However, it’s not always easy to set up a good atmosphere where everyone can relax and just enjoy the moment. There are a lot of things you should consider prior to throwing a party with hookah and drinks. One of the most important aspects you should think about, apart from which hookah aromas to use, is what types of drinks go well with smoking hookah. While it’s not easy to make such a crucial decision, we’ve made a list of drinks that are known to go well with a broad selection of hookah flavors.

Drinks that Go Well With Hookah

Here are some drinks we consider to be an excellent choice if you’re looking to enjoy a calm afternoon with your friends or family.

As one of the most popular drinks in the world, coffee is typically an essential part of most hookah parties. Whether you’re a fan of black, light, strong, or ice coffee, chances are it’s going to complement your smoking session and make it a hundred times better and more enjoyable.

The best thing about coffee is that it’s easy to make, and it doesn’t require you to put too much thought into it. In case you’re not keen on making coffee, you can always buy some. However, we would strongly recommend you to make it yourself for your friends as it shows respect and care towards your close friends. Not that it’s somehow a bad idea to just buy a couple of coffees for your friends, it all comes down to how willing you are to put effort into organizing an interesting afternoon.

While black tea may not be the best-tasting thing in the world, it’s an excellent addition to a hookah party. Have a couple of sips in between your hookah turns, and you’ll be amazed by its effect on your taste buds. Of course, if you’re not fond of black tea, feel free to try it with green mint tea or chamomile tea.

Many people use milk as a water substitute when smoking hookah since it’s a bit thicker and tastier. As long as you’re not lactose intolerant or have issues with dairy, milk is probably one of the best combos with hookah.

Milk is the best option for fruity, spicy, and mint hookah flavors. It doesn’t go particularly well with tobacco flavors, but the mouth aftertaste of something like peach or grape flavor will undoubtedly impress you once you try it.

There is a lot of debate around whether it’s a good idea to mix alcohol with hookah. As far as we are concerned, there’s nothing wrong with it, as long as you’re responsible and, of course, of legal age to drink in the first place.

As far as the particular type of alcohol goes, we would recommend a combination with beer. Stronger drinks like tequila or vodka are also fine choices, but the sole nature of strong drinks doesn’t complement hookah because it significantly affects one’s taste buds. On the other hand, if you’re a responsible connoisseur of short and strong drinks, go for it.

Believe it or not, water is probably the best-possible drink you can have with hookah. While it doesn’t sound too creative to combine hookah with a simple, plain glass of water, it’s actually a great choice. Bear in mind; you should drink room temperature water instead of ice-cold, mainly because cold beverages can dull your sense of taste and therefore render your effort useless.

On top of that, water is a drink you don’t have to buy, store or worry whether you’ll have enough to serve your friends. Staying hydrated at all times while smoking is an important thing, too.

Freshly squeezed juice and hookah is an awesome combination, but have you considered adding an energy drink to your hookah experience? Take it from us, that is an experience only a few people can resist.

Since energy drinks are both refreshing and energizing, you shouldn’t think twice about adding an energy drink in hookah sessions. More importantly, if you manage to find great hookah bases and flavors to combine with a great selection of energy drinks (both of which can be found in our store), you’ll probably never look for another combination. It’s that good!

Vanilla as a Hookah Flavor

Rather than just listing a bunch of drinks that go well with hookah, it’s also a good idea to mention some flavors that go well with (almost) every type of drink. As you can probably assume, vanilla is one of the best and most universally fitting hookah flavors out there. It goes well with everything, including food, beer, juice, tea, and even alcohol. However, we would recommend trying a good vanilla flavor with a glass of water. It doesn’t sound too impressive, but you’ll quickly change your mind once you try it. 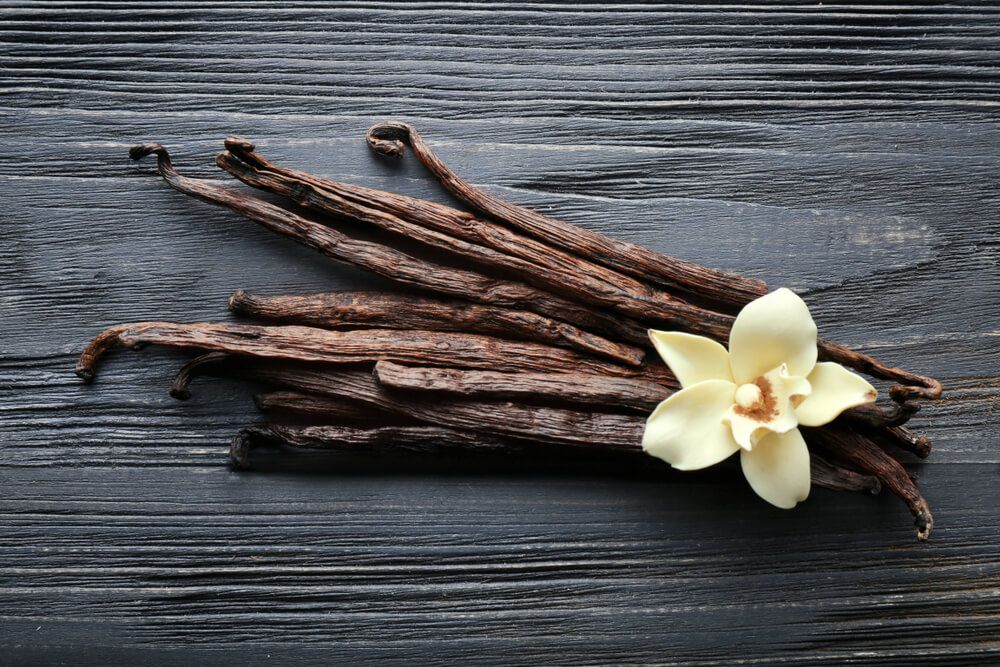 How to Find the Best Hookah Place

While it’s great to throw a hookah party in the comfort of your own home, some people simply can’t or won’t do it due to various reasons. However, not having a place to relax with your friends and some hookah is not a reason to give up on the whole idea.

For instance, if you’re looking for a hookah shop in Fort Lauderdale, don’t hesitate to visit us, and we’ll make sure you leave satisfied. It doesn’t matter whether you’re an experienced enthusiast or someone who’s just starting their journey; our friendly staff will be more than happy to help you make the right choices and equipment for your next smoking session with friends.

In case you’re not from the area but are interested in knowing what to look for in a hookah place, start by researching their reputation, reliability, and don’t hesitate to read some reviews. In most cases, you’ll have a pretty good idea of how reputable a hookah shop or bar is based on other people’s experiences.

How did you like our list? Have we missed something? Let us know by leaving a comment! If you’re interested in reading more about smoking, paraphernalia, do’s and don’ts, and similar subjects, please read some of our other articles!