Hookah Paintings from Around the World

I spend a decent amount of my time painting so I really empathize with those who have the patience necessary to make art. I know it’s really hard to believe, but there was actually a fair amount of shisha in early artworks that had nothing to do with Bob Marley. From the romantic, classical, to the baroque, hookah is present in many generations of visual arts. 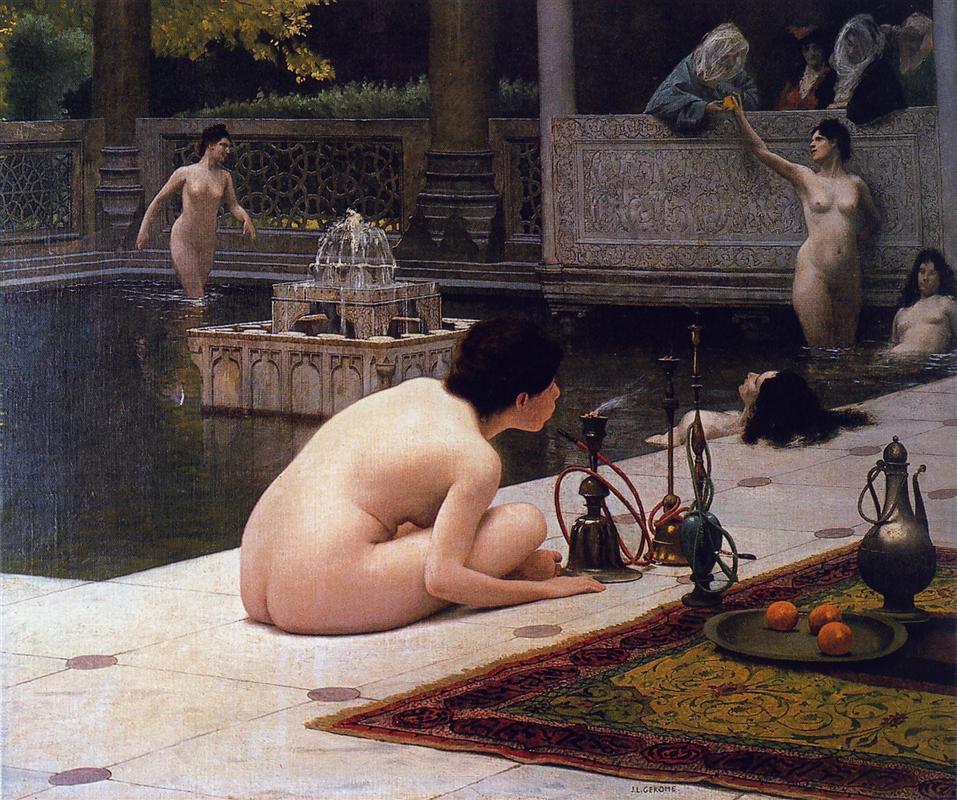 Jean-Léon Gérôm’s depiction of a bathhouse illustrates the pleasures of a Bacchanalian lifestyle. The c. 1898 painting is also an illustration of the total nakedness of people in bathhouses, apparently. I mean, I guess if I really thought about it then it would have been sort of obvious. When I look at this painting it’s just like “blam” that’s a lot of naked people, but I digress.

The hookah and the carpet add a component of very tight realism to the foreground of the painting. This is in sharp contrast to the otherwise soft tones of the person most closely located in the foreground.

An Egyptian Man Smoking a Hookah

Louis-Léopold Boilly is very effective with his command of light and positioning his subject so that we may see what components to which he is really pointing. The man’s bright white turban brings the attention of the viewer to his face and slowly down his wrist bracer until they have seen the very loud picture of the man’s bright red shoes. This visual desire path is no accident and is a mark of the visual culture at the time. The strong color contrast combined with an apparently relaxed emotion indicates that the painting is passively trying to emulate a happy and relaxing experience, not unlike smoking hookah itself.

In approximately the year 1700 “Rajah Smoking Hookah” was completed by an unknown artist in India. Fierce horizontal cuts and vibrant contrasting colors are indications of the Southeast Asian region in the 18th century. Those same gridline cuts make for a two-dimensional surface. No transitional contrast and no three-dimensional components give the painting a nonrealistic visual weight; everything is lighter and subsequently friendlier and more relaxing. 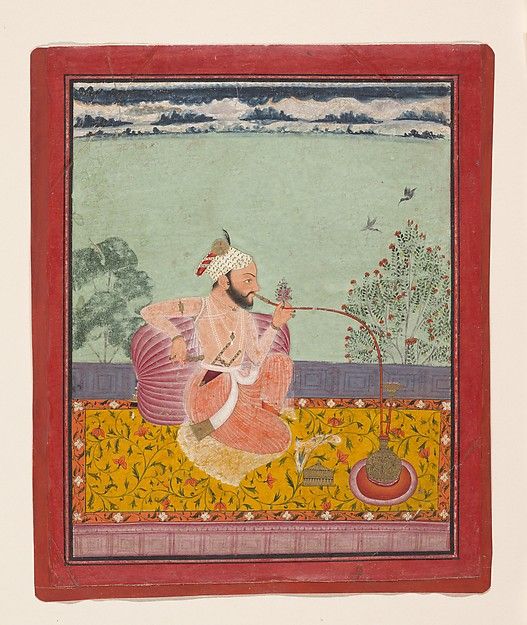 These works are separated in their completions by hundreds of years, and yet they all are effectively depicting the same thing. The variety of ages, styles, color schemes, and value are all indications that hookah is an observably weird practice studied by visual artists for hundreds, or even thousands of years. Perhaps it is because a person smoking hookah is more or less still for a lengthy period of time or maybe because hookahs are such interesting objects, but whatever the reason these pipes have ended up in more than their fair share of artistic works throughout history.