Difference Between Hookah and Shisha

Passionate tobacco users are always on the lookout for new ways to enjoy their favorite substance. From experimenting with high-tech contraptions that are supposed to heighten the experience, to going back to older and more traditional methods of smoking like the Hookah and Shisha.

These traditional methods were always the preferred way of consuming tobacco in countries like India, Turkey, Iran, and the rest of the Middle East, but recently, they’ve also made they return into the mainstream smoking culture in western society. That being said, there is still a lot of confusion surrounding these devices. For instance, the most popular alternative to smoking methods hailing from the East have been taking the United States by storm, but still many people are not exactly sure about the difference between the terms “Hookah” and “Shisha.”

Smokey News hookah shop wants to set the record straight and familiarize you with these two similar yet very different expressions. Here’s our explanation on how these two terms intertwine and how they differ from one another.

The Device You Use for Smoking 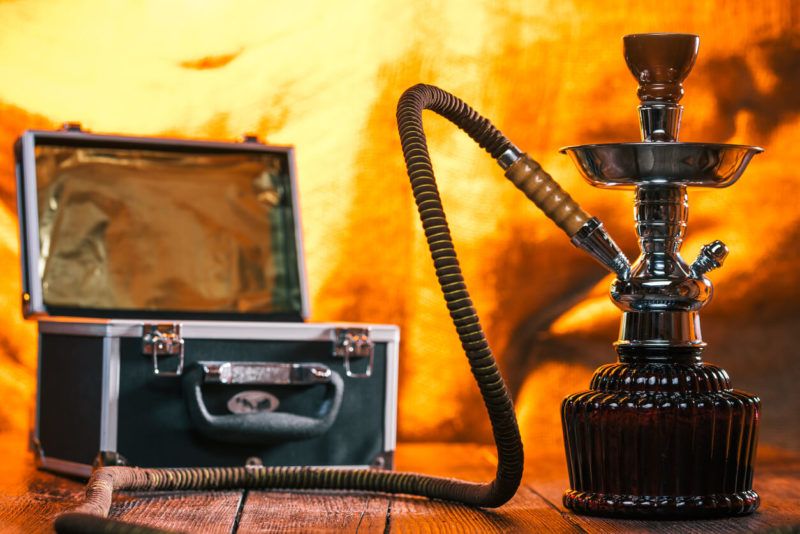 The term Hookah is derived from the Arabic word “Huqqa” and refers to the pipe-like device we all know and love. It is most commonly used for tobacco smoking and is even considered a healthier option compared to some more conventional smoking methods like regular cigarettes.

Smoking through a Hookah is a long-lasting tradition that has deep roots in the culture of many Middle Eastern countries. While the exact origin cannot be confirmed, there is a wide consensus that the original device was created in India and then transported to other countries in the East.

While the experience of using a Hookah is nothing short of amazing, it was never actually all about smoking. The craftsmanship behind these devices is truly something to be amazed by, and many of these water pipes can be considered as works of art. Complex and colorful designs are what make Hookahs what they are, and that’s something that hasn’t changed for centuries.

That being said, recently there have been some notable departures from the original design in order to create a more compact and portable version like the Hookah pen.

So how do they actually work? The concept is relatively straightforward – the smoke is derived from the combustion of the tobacco molasses and specialized coals that are placed in a bowl on the top of the device. The smoke then travels through the water chamber where it cools down, resulting in a smooth and silky hit.

The Substance You Smoke

Okay, so here’s where it gets a bit complicated. The term shisha is derived from the Persian word “shīshe” which directly translates to “glass” in English.

To further make it confusing, in countries like Egypt, Shisha is a completely interchangeable term with Hookah and represents the water pipe device itself. That being said, in the States, Shisha is more commonly associated with the actual tobacco substance you smoke through the device. Since our main focus of attention is to clear any confusion our own customers might have, Shisha should be referred to as the fruit-flavored tobacco substance you put inside the Hookah.

Hopefully, now you have a better understanding of how these two terms can be used appropriately. Still, don’t be surprised if someone refers to the water pipe as Shisha and vice versa. While they are not entirely incorrect, you should definitely point them towards this article for a quick read.

For more information on the latest and greatest trends in smoking and vaping, remember to keep up with our blog.