The History of Hookah: Tradition That Lasts 5 Centuries

Ask any aficionado about the hookah pipe, and they will tell you that it’s much more than a simple smoking device. The hookah (or nargileh, kalian, shisha) is an apparatus that helps promote connectedness. A device that centers around conversations and connects different cultures and traditions around the globe.

Hookah pipes have been present in several Eastern cultures, including Turkish, Egyptian, Turkish, and other Middle Eastern cultures. As such, hookah history is more than simply describing the way how people from these cultures used to relax. The hookah origin story is more about trying to describe how these cultures aimed to provide hospitality and create more profound bonds through this smoking device.

In this blog, we will focus on the history of hookah, trying to bring every reader closer to this popular smoking device that wasn’t only able to connect the Eastern world but the entire globe.

And after reading this blog, feel free to visit your favorite vaporizer store in Fort Lauderdale to learn even more about the hookah pipe.

Hookah: Where Does the Name Come From? What Does it Mean?

The name hookah comes from the term “haqqa,” which means “cavity, hollow,” and “jar or pot.” Nowadays, hookah still goes under many names, and most folks in the United States simply call it shisha. However, this technically isn’t really correct. As the term shisha only refers to the base of the device. Still, the term caught on, and people started to use both terms interchangeably.

Who invented hookah? As far as experts can tell us, the first hookahs originated from India. They were first introduced to the world in the 16th century, at the time when glass manufacturing took off in the country.

Smoking tobacco had also become popular among the nobles at this time, and in the attempt to purify the smoke using a water glass (referred to as the “Shisha”), the first hookahs were invented. In this sense, hookah history started with the device symbolizing high status and luxurious lifestyles.

The hookah origin story doesn’t end here. A century later, the nargileh became an essential part of Persian culture. Apart from popularizing the device even further, Persians also managed to redefine the overall look and design of the hookah. Craftsmen have managed to include and perfect different woodworking techniques, innovating the device and ushering in a new era. During this time, nargileh also became more accessible to the masses, creating an entirely new industry along with the emergence of hookah servants.

In the 18th century, the hookah origin story took us to Turkey. Hookah usage continued to gain popularity, and the device underwent even more innovation. The looks and the design have undergone several changes as blacksmiths introduced cast brass designs and added religious and royal markings to the hookah’s pipe. This contribution to the hookah’s history was immense as it laid down the foundation of modern shisha construction.

Back then, using hookahs in Turkey was a symbol of high social status. Smoking was only reserved for diplomatic meetings and following royal dinners. Also, offering the hookah pipe to guests became a symbol of trust between friends, diplomatic, and business partners, and withholding the pipe was a serious insult.

During the 19th century, smoking hookah became popular in the Middle East. In Egypt, people started adding molasses or honey to tobacco, creating the mixture called Mu’Assel (literally meaning “with honey”). The term also describes other flavored tobacco products because, often, Egyptians would add grape, mint, watermelon, or lemon to the mix.

The 19th century is probably the golden age of hookah in Egypt, managing to carve its way into every part of society. At this time, specified shisha cafes opened to cater to the immense popularity of hookah, a smoking device that managed to connect every class, gender, and race. At this point, the antique hookah design got the purge port to cool down the tobacco and enhance the flavors of the Mu’Assel even more.

During the 20th century, the hookah’s history managed to get even richer as traditions evolved and deepened in Middle Eastern cultures, spreading to even more countries, like Pakistan, Armenia, and Israel. Additionally, each of these nations put their unique spins on the antique hookah design, modifying different elements and hookah pipes along the way.

And by the late 1900s, shisha pipes managed to “overtake the world,” migrating to every continent and becoming a popular way to relax and socialize.

Finally, the hookah origin story takes us to the 21st century and to the United States, where the antique design got yet another spin thanks to modern technology. It wasn’t just the looks of the shisha that received a “refresh” – new favor choices have also emerged to cater to a global audience with a wide range of preferences and needs. 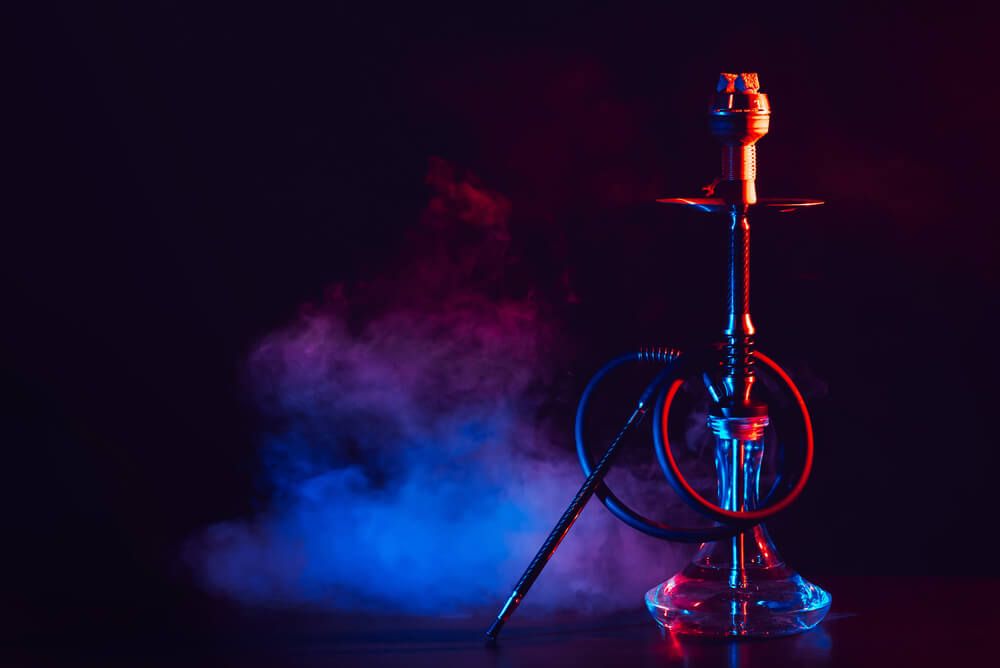 It has been five centuries, and the tradition of smoking tobacco from hookahs is still going strong. From a cultural and symbolic standpoint, smoking hookah with a quest is still a sign of hospitality, respect, and trust.

Smoking shisha with close friends, acquaintances, and family is still a great way to deepen bonds and form new ties. Hookah still brings people together, regardless of their social status, political values, or religion.

As mentioned above, smoking hookah wasn’t only a way to relax and spend quality time with friends and family. Before becoming accessible to the masses, hookah was crucial in any diplomatic setting and royal meals.

The height of the smoking device’s cultural significance came with the reign of the Ottoman Empire, where sultans would often only get their portraits taken with their favorite hookahs, signifying prosperity, power, and stature.

Later on, as these devices became more widespread, offering hookah to a guest at home became a symbol of trust, goodwill, friendliness, and hospitality.

Furthermore, the counties that were involved with hookah manufacturing were all starving to add their unique touch to the design, perfecting the hookah experience even more. In the early days, countries took immense pride in all the technological advancements they made to the design and functionality of the instrument.

Explore the Secrets Yourself

Smoking hookah is a cultural expression that bends the boundaries of different traditions, creating an intercultural activity that is equally appreciated worldwide.

For most aficionados, shisha represents an exciting world full of secrets ready to be discovered. If you also want to enjoy the shisha experience, start your journey by visiting the best hookah shop in Fort Lauderdale. The friendly staff at Smokey News is more than happy to help you answer all your questions regarding smoking hookah, tobacco flavor options, hookah materials, brands – everything.

We are your one-stop shop for everything you need – whether you are just getting started or already a seasoned aficionado with specific preferences.