Let’s say you’ve decided to put your smoking habit on hold or just want to cut down on your tobacco intake. You don’t want to mess around with nicotine patches and hear about other alternatives like e-cigarettes.

What is an e-cigarette exactly? Simply put, these are electronic cigarettes that simulate tobacco smoking. Also called vapes, these devices are popular alternatives for those who wish to cut down on smoking or want to eliminate nicotine from their lives but still want to indulge in their smoking pleasures.

Now, you may be wondering whether e-cigarettes are “healthier” than traditional cigs. You may also want to know whether vaping is cheaper than smoking. In this article, the team from Smokey News will aim to provide you with the best answers.

In all honesty, smoking isn’t really the healthiest of habits, and one of the most prominent reasons why vaping managed to gain more ground is because many people believe(d) that these devices are much safer alternatives to traditional cigarettes and other tobacco products, especially if they are vaping without nicotine.

Unfortunately, scientific evidence seems to show things are a bit different. Now that you know what an e-cigarette is, it’s time to talk about some of the biggest myths about vaping and how they affect your health. 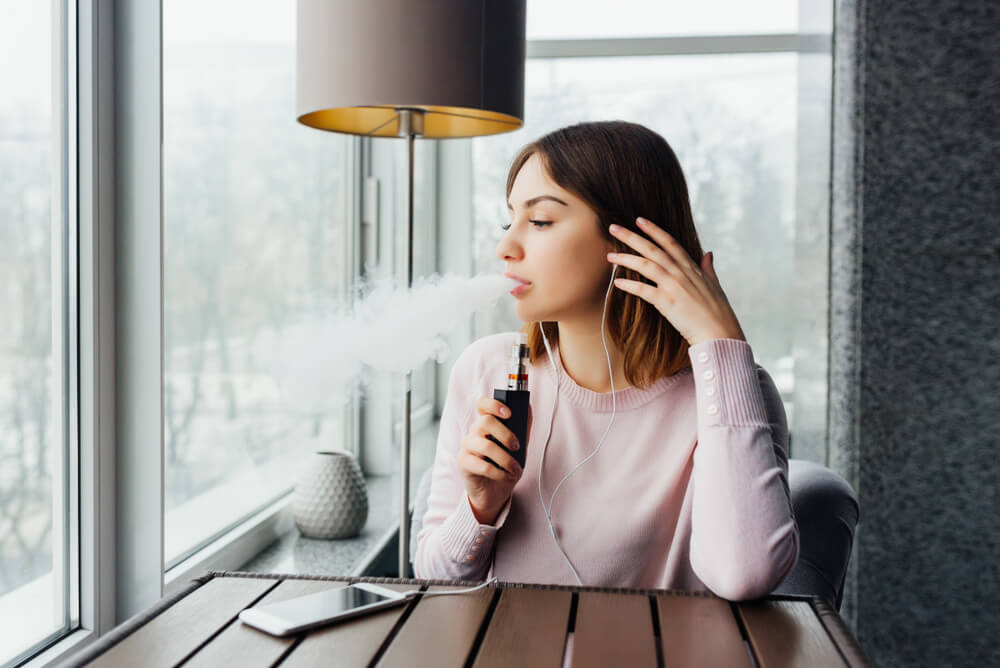 Many people believe that there aren’t any vaping side effects because they are inhaling the vapor. Still, experts disagree; while people like to think that the vapor they are inhaling is mostly vapor, experts state that it’s not vapor but aerosol, and there’s actually little water involved in the vaping process. In reality, people inhale propylene glycol, a chemical that also goes down the mouth, throat, esophagus, stomach, and lungs.

Vaping Is Safer Than Traditional Cigarettes

This is a myth that people often credit as one of the main benefits of vaping over smoking. Although there are far lower concentrations of harmful chemicals in vapes than in traditional cigarettes, that doesn’t mean they are safe alternatives for everyone.

Those who want to live healthier lives should contemplate avoiding cigarettes and vaping altogether.

As a matter of fact, experts point out that there is a unique set of vaping side effects people often don’t know about.

As mentioned above, the aerosol from vapes will usually contain propylene glycol, which is transformed into propionaldehyde by the liver. If accumulated in the body, this compound may lead to liver damage. It can also accumulate in the retina, which may cause vision problems.

Research has also shown that vaping may contribute to the development of “popcorn lung,” a disease in which the tiny air sacs in the lungs get scarred, which thickens and narrows the airways.

Vaping Is the Best Quitting Option

Vaping without nicotine may lessen the risks associated with traditional smoking, but vaping still has its unique health concerns and risks.

Using nicotine-free e-cigarettes may help individuals control their nicotine intake, but that might mean they have to face other health concerns in the process.

The majority of health benefits are experienced when people stop smoking altogether. That said, those who want to increase their overall health should look for other methods and alternatives.

On the other hand, vaping is cheaper than smoking. According to some estimates, twenty cigarettes per day may cost up to $9,000 a year, while vaping will set you back approximately $900 a year.

Still, costs shouldn’t be the primary concern if you are trying to quit.

However, when you accept the downsides of vaping, it can be a cheaper alternative making this one of the most significant benefits of vaping over smoking.

Experts state that around 99% of vape products in the country sold in convenience stores contain nicotine to some extent.

Furthermore, professionals claim that most artificial compounds manufacturers use to create vape flavors may damage the immune system, lungs, and heart, regardless of the product’s nicotine content. Studies state that the most harmful chemicals are in products that aim to mimic flavors, such as banana and chocolate.

Vaping Will Make You a Smoker

As we mentioned before, vaping without nicotine will lessen the chances of developing tobacco-related health problems. Furthermore, it has also been helpful for some to kick their smoking habit completely. What this means is there’s no real evidence that will support the claim that vaping would lead to smoking.

There are actually studies out there that show that very few young people who do not have a history of tobacco use get into e-cigarettes, leading researchers to believe that the percentage of people who would take up smoking after vaping is statistically insignificant.

Kicking a Vaping Habit Is Just as Difficult as Quitting Smoking 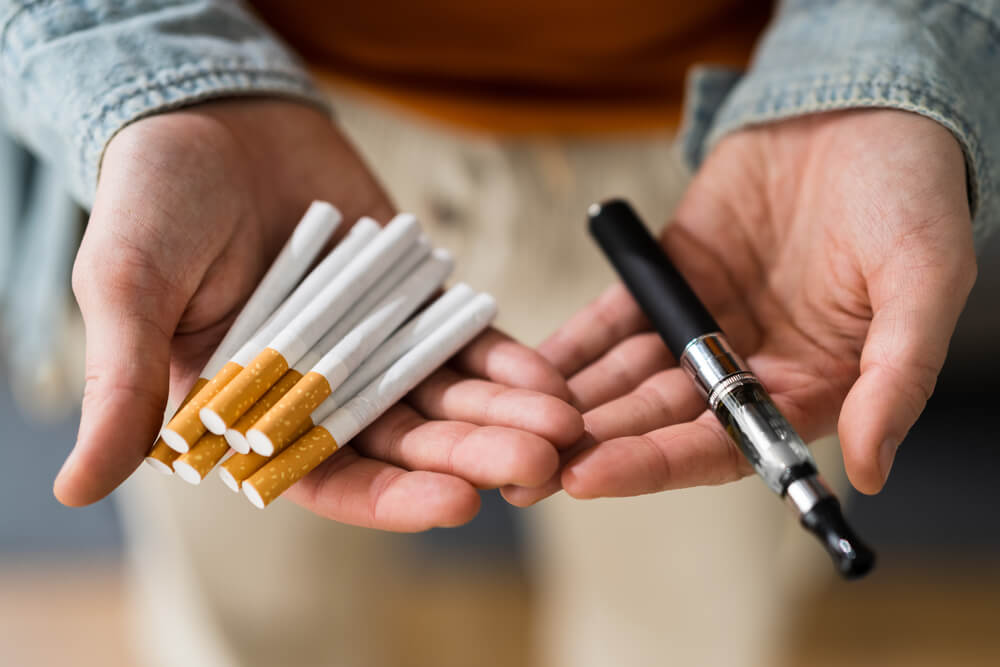 The truth is that e-liquids are available with different nicotine contents and can also be adjusted (usually 0mg, 3mg, 5mg, 10mg, and 20mg). This characteristic can give the user control over the amount of nicotine they are consuming. Users may be able to reduce their nicotine dependency gradually as well. In this respect, vaping may help people quit smoking efficiently. Still, this also takes a lot of self-control and commitment.

There Are No Regulations for Vaping Products

A lot of people might think that vaping isn’t regulated. The truth is that there are several regulations pertaining to vaping to ensure specific safety standards, including the fact that underage citizens can’t buy these products legally.

According to these laws and regulations, manufacturers should meet specific quality and safety standards, both in the case of refill containers and e-cigarettes. The rules clearly state that a vape tank should not be larger than 2ml, and the maximum nicotine volume of refill containers can’t exceed 10ml.

As you can see, vaping is still surrounded by many misconceptions. It’s true that vaping may be a somewhat safer alternative to smoking, but only from a certain perspective. It can be a helpful way to control nicotine intake and help users kick old habits. However, vaping may still come with its own set of health concerns.

Those individuals who want to improve their health might want to consider other alternatives and give up smoking and vaping altogether. Still, those who wish to learn more about e-cigarettes and vaping can visit our vape shop in Fort Lauderdale to learn more and make an educated decision about what suits their needs and health goals the most.