What Is a Hookah? How to Set It up and Smoke It

What is a hookah? How does one work? How to set it up, and most importantly, how to smoke it? These are all crucial questions for those people who are intrigued by hookahs and want to get acquainted with hookah culture as soon as possible.

Also, those smoke aficionados might just want to learn more about the parts of a hookah and its mechanism. No matter whether you’re an absolute beginner or an “advanced” hookah smoker, your one-stop hookah shop in Fort Lauderdale is here to give you the inside scoop on hookahs.

What is a Hookah?

The simplest yet the most precise definition of a hookah would be either a single- or multi-stemmed device for smoking (vaporizing) flavored tobacco. During a hookah session, the smoke or vapor usually passes through a water basin before it gets inhaled by the user.

How does a hookah work? Before we get into explaining that, you might want to know that this instrument has several names, and chances are, you might have heard of them. Hookahs are also often red to as goza, hubble-bubble, shisha, argileh, and narghile, and they are rather popular in India and the Middle East.

Parts of a Hookah

When it comes to the parts of a hookah, you should know that there are several components that ensure you get the best smoking experience. Still, every hookah will have two major parts: the head and the bowl.

The first part is responsible for holding the tobacco and the coal while smoking. The second part is the bowl that holds the water and passes through the smoke. Lastly, you also have the hose (which more or self speaks for itself), and finally, you have the hookah stem that keeps the entire instrument together.

How to Set Up a Hookah? 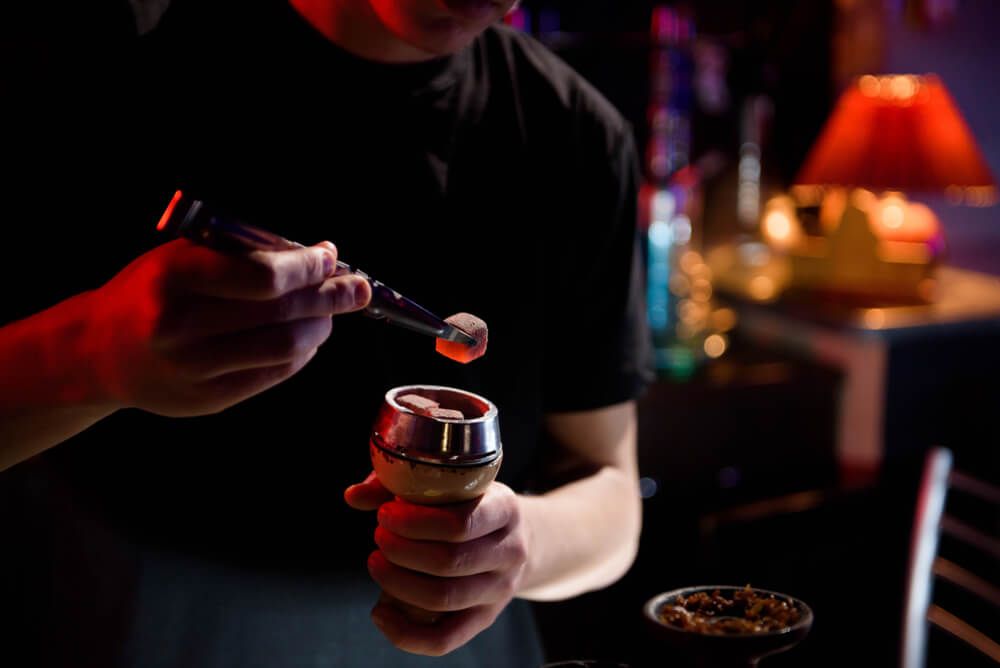 Setting up a hookah is a fairly straightforward process, especially if you follow these easy steps:

How to smoke Hookah? From these few points we discussed here, you can see that it’s really not rocket science. But how does a hookah work?

That is also quite simple. The coal that you lighted before will heat the tobacco, and that will create smoke. When you inhale through the pipe, the smoke that’s in the water bottle will get pulled out, with the cool water cooling it down before it gets into your lungs.

Now that you know the parts of hookah and how a hookah works, feel free to learn a few exciting facts about this increasingly popular instrument. The history of hookah is quite rich, and there are literally tons of things that you can learn about this smoking device to broaden your horizon.

Lastly, here are a few answers to the most common questions people ask when it comes to hookah smoking.

Are hookahs better than cigarettes?

Well, the answer will mostly depend on who you will ask. For the cigarette aficionado, the taste and feel of smoke will always be more pleasurable than using hookahs. When you look at the social aspects of smoking, some will argue that hookahs are better because you can:

Does it Get You High? 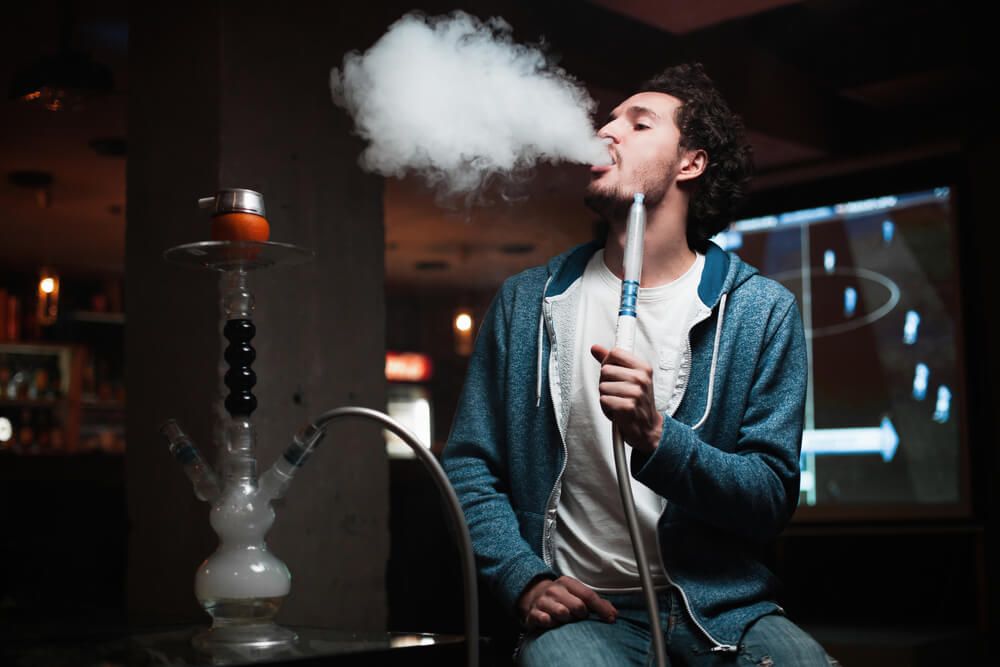 Apart from “how to smoke hookah,” this might be the second most common question people ask. And the answer is simple, yet a bit complex. Simply put, you can get a buzz from smoking hookah, but you won’t get high because there aren’t any substances in the shisha tobacco.

Does it Have Nicotine?

Hookah itself doesn’t have any nicotine because it’s not tobacco – it’s just an instrument for your smoking pleasure. Most shisha tobaccos, however, have nicotine. Still, if you are looking for options that let you experience everything hookah smoking has to offer but without nicotine, you will be able to find plenty of options that have no nicotine content. You can also choose from different steam stones, steam gels, and molasses types.

Satisfy all Your Hookah Needs

Getting the best out of a hookah experience as a beginner isn’t hard if you have the right help. Truth be told, there’s not much to creating a memorable hookah session, however, if you’re not acquainted with some of the basics, the entire session may turn sour pretty quick. That’s why we’re inviting you to our shop in Fort Lauderdale. Give us a visit, and voice your concerns and questions. Our friendly staff of aficionados will help you and hook you up with the right hookah to get you hooked.

Enough of the cheesy jokes; feel free to give us a visit.