What Is in Vape Juice? What’s It Made Of?

Vaping has become rather popular in the past couple of years, especially with people trying to quit smoking or simply looking for better alternatives. Personal vaporizers and box mods come in many different shapes, sizes, and strengths, so it’s important to know a thing or two about these devices before you go out and buy one for yourself.

One of the important things you ought to pay attention to is your device’s compatibility with different vape juices. Many people make a mistake by buying the first device they stumble upon, thinking it can be used with any type of vape juice out there. To find the right type of juice for your vape pen, you have to know what is in vape juice, which is a piece of information that will help narrow the choice significantly.

This article should help you understand why it is important to know a thing or two about e-cig juice, and more importantly – once you get the gist of it, you’ll know exactly what type of e-juice suits your taste.

Before we dive deeper into the subject, it’s a good idea to cover the basics. The first thing you should know is that vape juice, e-liquid, e-juice, and e-cig juice are all terms that describe the same thing.

As far as the main definition goes, it’s pretty straightforward and simple – e-juice is a mixture of fluids used in vaporizers to create vapor. The base is made of PG (propylene glycol) and VG (vegetable glycerin). Since the PG + VG base is neutral, food-grade flavoring is added to create a unique aroma. On top of that, most vape liquids will contain nicotine, although there are liquids on the market that don’t contain nicotine. Some products will contain small amounts of water, which is typically used to reduce some of the flavors’ potency.

Now that we are familiar with the main ingredients, it’s time to break things down further and see what is vape juice made of.

Propylene glycol is an odorless, faintly sweet liquid used in pharmaceuticals, food products, and vape liquids. It’s much less dense than VG, meaning it acts as a diluting agent. In most cases, manufacturers mix PG with nicotine and flavor before VG is added to the mixture. Liquids with a high PG concentration tend to leave a more pungent taste on the back of one’s throat, which is why liquids with high PG are popular with smokers and experienced enthusiasts. PG is also responsible for flavor enhancement, which is usually the primary reason why some people opt for liquids with relatively high PG concentrations.

Some people are concerned about the ties between PG and antifreeze, but there is no need to worry much about it since PG is a mere component of antifreeze and works as alcohol. PG allergy and/or sensitivity ranges from 0.8% to 3.5%. Ultimately, PG is considered safe for swallowing and inhalation. 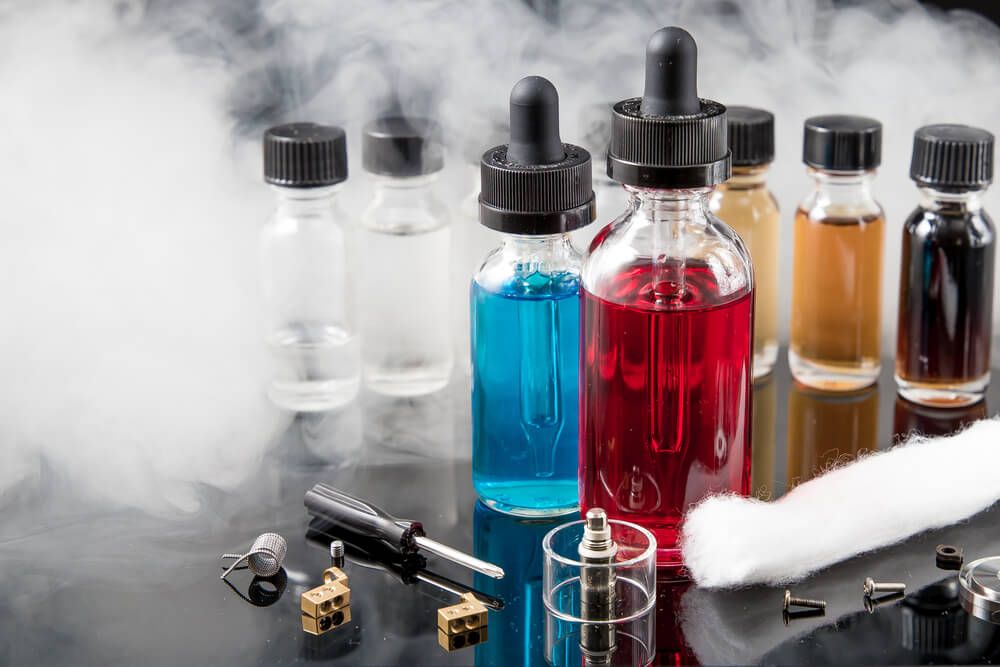 Vegetable glycerin makes up 70% – 90% of e-juice and is the predominant component of e-liquids. This colorless, odorless, and thick liquid is non-toxic and used in e-liquids because it delivers bigger denser clouds. Since it’s an entirely vegetable-based product, VG contains no oils or any additional additives. It is entirely safe for human consumption and has little to no adverse effects.

Due to its high density, VG can cause some issues to older-generation vaporizers since those atomizers may not have enough power to vaporize such dense liquids. In those cases, most people use a 60/40 VG-PG ratio, which results in a relatively thin liquid that can be vaporized by weaker atomizers. However, thinner liquids don’t produce as much vapor as thicker liquids.

How to Choose the Best PG to VG Ratio? 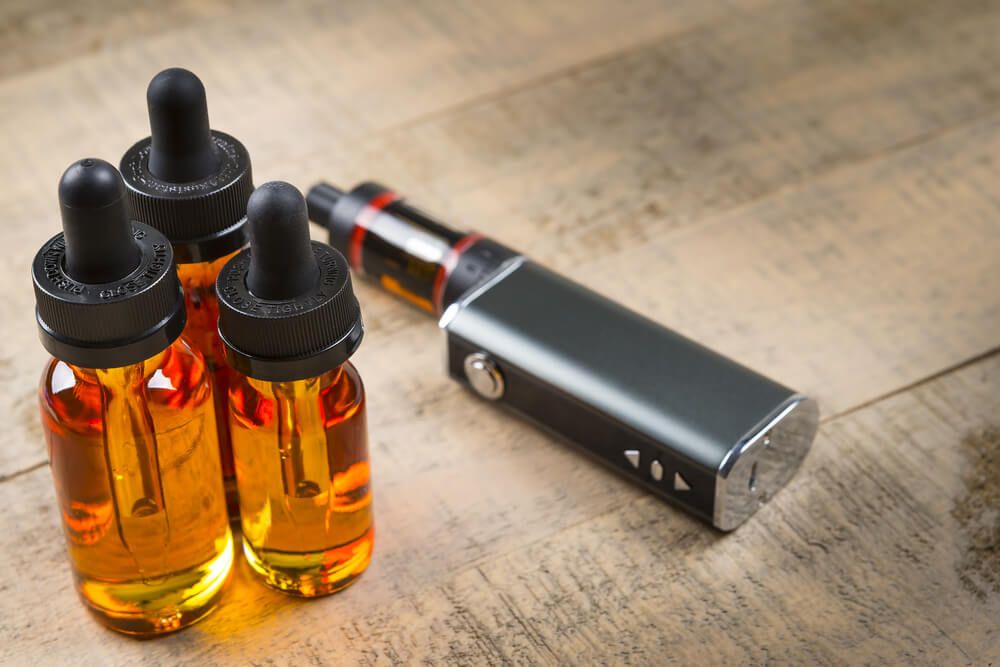 Most e-liquids will have one of the following ratios (VG/PG):

On the other hand, if you’re a fan of thick clouds of vapor, opting for a VG-heavy liquid would be your best bet. However, you shouldn’t automatically opt for the 80/20 solution; at least not before you check whether your atomizer can handle such viscosity. If you’re not sure, it’s always better to opt for a less viscous liquid rather than taking your chances with an 80/20 product.

With that being said, there is no “perfect” ratio; it all comes down to your personal preferences and the equipment you have. Even people who know what is e-cig juice find it challenging to pinpoint the perfect ratio. Fortunately, the solution is pretty simple – try out a couple of combinations, and you’ll most likely find the one that suits your needs within a couple of days.

If you’re a beginner, we recommend starting with 60/40 as it is considered relatively safe (for your atomizer). If you’d like a stronger throat hit, try a 50/50 juice. Conversely, if you’re looking for thicker clouds, 70/30 liquids would be a good choice.

If you wonder, “where can I find the best vape juice near me,” don’t hesitate to look into some of the products we have to offer. Apart from e-liquids, we also offer a broad choice of cigars, accessories, vape pens, glass pipes, and much more!

In case you would like to know more about the industry itself, safety concerns, and proper ways of enjoying CBD and hookah, read our other posts! Don’t hesitate to leave us a comment and tell us about your personal experiences; we would love to hear from you!